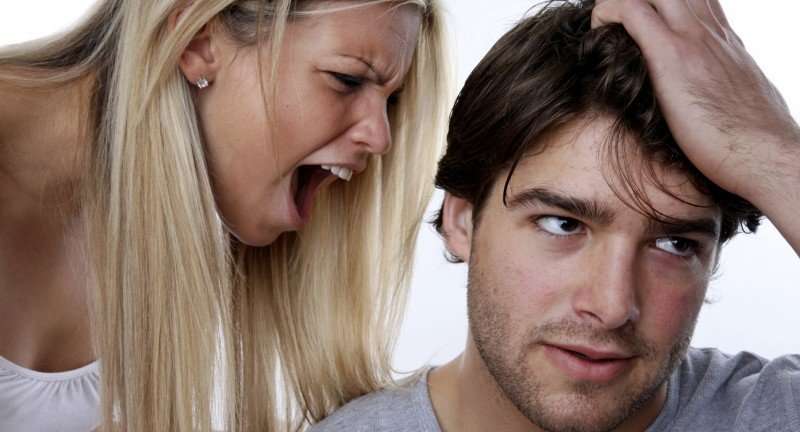 Why Holding Back Can Backfire

When your partner gets your blood boiling, it might be tempting to push down your feelings and try to avoid a fight. Sometimes that just seems easier, and at the end of a long day the last thing you want to do is end up in an argument. The thing is, by suppressing your feelings about whatever is bothering you, you can actually cause a bigger fight. Keeping quiet can backfire, and you just wind up in an argument anyway. It’s better to communicate your issues, or avoiding a fight can actually cause the fight!

Sometimes taking a breather will help you calm down about a problem, but sometimes it just makes your partner stew even more. Especially if what you’re upset about is an ongoing issue, keeping silent will only make the issue unresolved, causing you both to get angrier and angrier over time. Your feelings or your partner’s feelings will eventually come out because either one of you will build up steam like a tea kettle until you scream! Emotions can’t stay suppressed forever – they will always come bubbling to the surface. By the time you express what you’re thinking, your emotions are built up to be stronger and the fight will be bigger.

If you try to avoid a fight over one issue, your feelings can come out as a fight over something else. Before you know it, you’re complaining about how your husband parks the car or how he was 5 minutes late coming home from work. Basically, avoiding a fight might bring up tensions in other areas of your relationship. The anger you feel has to find its way out somehow, and it might come out an an unexpected time. Instead of bickering over the small stuff that you’re not REALLY that mad about, just address the bigger issue so your fighting doesn’t pop up randomly.

It’s Hard to Hide Your Feelings

Your partner can probably tell when you’re upset, even when you think your hiding it. Sometimes just the fact that you are obviously holding something back can cause a fight. If your partner says “What’s wrong?” and you say “Nothing,” it can cause an argument because you’re not being honest and that is very frustrating for the other person. Don’t make your spouse guess about what’s bothering you – she or he will probably just get annoyed. It’s better to bring up the issue on your own so your spouse doesn’t have to play the guessing game which leads to a fight.

The more you withdraw from your partner, the more his or her volume will increase to get your attention. You might think you are being smart by walking away to avoid escalating the situation, but all your partner thinks is that you are not interested in dealing with the issue and that you don’t care. Your good intentions can easily be misconstrued and lead to a harsher tone from your partner, and soon — an argument. This cycle is not healthy and you should nip it in the bud. Instead of just walking away, which will look like you are jumping ship, make an effort to explain that you love your partner, but you want to avoid escalation so you need to cool of for 30 minutes. Then — and this is important — you need to fulfill your promise and return to the conversation as promised.

Even though you might think you’re avoiding a fight, staying silent when you’re mad can lead to a fight – maybe one that’s bigger than the original fight would have been! It’s better to deal with things head on, even if you need a short cooling off period first. Deal with the issue as soon as possible so you don’t have a colossal argument because you were trying to steer clear of the drama!

Want to make an appointment at Estes Therapy?