How To Deal With Your Defensive Partner

Your partner hurt your feelings or crossed a line. You want to share how you feel, but you never feel heard. Better yet, you have tried so many ways to talk about your feelings and get nowhere. They respond with explanation and frustration. They may say, “I would have gotten that done sooner, but I was busy.” Or “You are always so critical.” While we can’t control how your partner responds, we can increase the chance that they will listen by communicating in a positive and constructive way.

Defensiveness is one of the main ingredients to create conflict within a relationship. A defensive person is emotionally closed off, argumentative, and often exhibits negative body language like crossed arms. They will consistently deflect the conversation away from the original issue and either refuse to engage or launch loosely related counterattacks on their partner.

When one person gets defensive, it sends a message to the other person that their feelings and experiences don’t matter. It’s rarely intentional – it’s a quick, knee-jerk reaction. It’s an internal mechanism that protects the defensive partner from guilt or doubt about their own behavior, but at the same time it blocks compassion for the other person’s hurt. People who are defensive have difficulty taking responsibility for their actions and often feel uncomfortable being “wrong.”  The root of that is that accepting responsibility would make them feel as if they have failed.

Think of defensiveness as a spotlight. When you share the pain with your loved one, that bright spotlight shifts from you and onto them. The defensiveness is a way that shifts the spotlight, instead of keeping it on what really matters – the initial issue – the defensive partner looks to shine it anywhere else. The hurt gets lost in translation and a small skirmish turns into a legendary war. 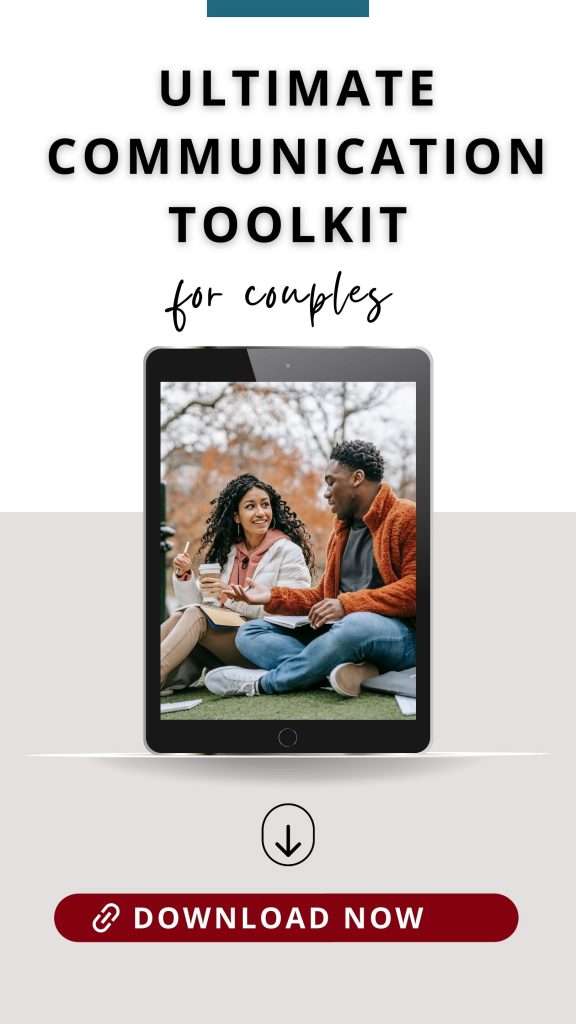 Mistakes that cause your partner to become defensive

Relationships are like baby mobiles; if you tug on one side, the whole structure moves. If you shift your response, even just a little bit, the other person will automatically have to change their behavior. You have a large influence in the communication; it can be either positive or negative. Some people accidentally keep the defensiveness alive by making some big mistakes. What are these?

Never start a conversation with the blame game. Blaming makes assumptions about a person’s actions or emotions and can leave them feeling attacked, which then results in self-protection measures like defensiveness. Specifically, there are a few words to avoid in the blame language. Don’t start your sentences with the word “you” (“You didn’t hear me again! You just don’t care about how I feel.”).

When you are hurt and want your partner to hear you, try to avoid using absolutes such as “never” or “always.” These words give no wiggle room and can be very critical, causing a person to defend their position and not hear your main issue.

Another mistake people have with communication is they talk more about when the person got something wrong or about the problems, and give little positive reinforcement and praise. Try to incorporate praise and reinforcement in your daily conversations with your partner – these can be as simple as “I really appreciate you making dinner for me, it’s really great” or “I love that you kiss me goodbye every morning.”

Being aware of what defensiveness is and what leads to it is the first step in preventing it from blocking your communication. When one person gets defensive, it sends a message to the other person that their feelings and experiences don’t matter – which is not the case. By learning how to recognize when you or your partner is getting defensive, you can stop the defensiveness from becoming a roadblock in your communication.

Need more? Check out 6 Steps to Preventing Defensiveness to stop it before it starts or book an appointment with a therapist today.

3 Ways to Stop Being Defensive

People who feel good about themselves are less likely to be defensive about another person’s opinion. If you know that you are good at your job, for example, it’s easier for you to take a co-worker’s criticism with a grain of salt than if you have been harboring doubts about your work. One of the best things you can do to stop being defensive in your relationship is to work on YOU. When you have good self-esteem and are confident that you are smart, kind, and a good partner — you may not fly off the handle when your spouse questions something that you did or said. Since we are often most defensive when a button about our insecurity is pushed, building a stronger you will bring down your defensiveness.

Use “I” Statements for Feelings

Focus on “I” statements when it comes to talking about feelings. Remember that your feelings are not facts — so you shouldn’t present them as such. For instance, don’t say “You’re untrustworthy,” or other “you” statements that deflect your own feelings and put them on the other person. Instead say, “I feel nervous when I don’t hear from you” and explain why that brings up feelings of mistrust. It’s better to own your part in your feelings instead of just placing all the blame for how you feel on the other person. Sometimes your own history can have a lot to do with why you feel a certain way now — and your partner has little to do with it.

Be Conscious of Past Events — But Try to Move Forward

People are often defensive when they have historically been attacked, blamed, or criticized.  When that is the case, your defensiveness may have nothing to do with what your partner is actually saying — your history of being attacked is just quickly coming into play.  If you have a history of family and former lovers attacking you, you may be always waiting for an attack.  You will need to find your pause button, slow things down, and figure out the root of the issue.  If you feel you are going to be attacked (or are being attacked) your job is to call it out to your partner.  Open up and share that you feel attacked and that doesn’t feel good.  Instead of being defensive and withdrawing, start a conversation about how you can change your interactions in the future so you both feel respected.

Being defensive can be a real roadblock for healthy communication in your relationship. Luckily, it doesn’t have to be a total deal-breaker. Instead, you can learn to put the past behind you, harness self-esteem, and work out communication with your partner that is constructive. If you’re ready to start the work, visit me for some individual or couples counseling soon!